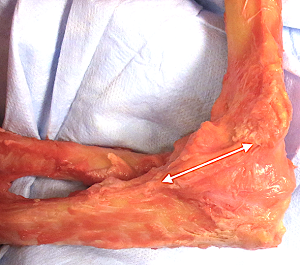 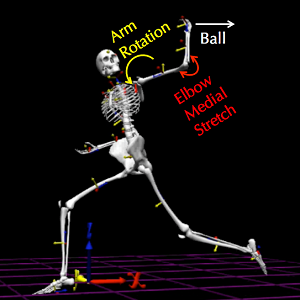 The overhand baseball pitch is among the fastest and highest stress athletic-motions known. Most of the speed of the baseball pitch is produced in the legs and trunk. This speed is then transferred into the arm as the arm is cocked. The arm then rotates and accelerates and the ball is released. During this cocking process, the inside of the elbow experiences “stretching” forces, while the outside of the elbow experiences “compressing” forces. The inside ligament, the ulnar collateral ligament, keeps the inside of the elbow from stretching apart. The ulnar collateral ligament is important for pitching speed.

Within this motion, rotational speeds exceed the equivalent of 20 revolutions per second. These forces exceed the strength of the ligament. Because of these forces, pitching leads to pain and injury within the upper extremity in 25-50% of youth pitchers.

Tear of the ulnar collateral ligament is one of the most common injuries. Pitchers who tear this ligament often lose pitching speed and have pain on the inside of their elbow. Often they are unable to continue pitching because of the ligament tear. 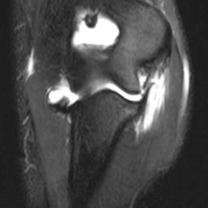 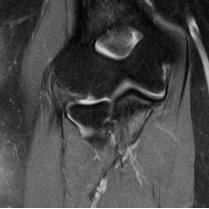 Treatment for an ulnar collateral ligament tear is customized to the patient. Dr. Chalmers may recommend rest, anti-inflammatory pills, physical therapy, or injections. In some pitchers the muscles of the inside of the elbow can be strengthened to off load the ligament. With rest, in a partial tear, the ligament can heal. Dr. Chalmers also has partners that can perform injections of concentrated growth factors to speed the healing process. These injections, called "Platelet-rich plasma" or "PRP", may be helpful. If pain and inability to pitch continue, Dr. Chalmers may recommend surgery.

Surgery to restore the ulnar collateral ligament is commonly called “Tommy John” surgery, named after the pitcher on which the procedure was first performed. In this procedure the ligament is reconstructed with a tendon graft. Forearm tendon graft, leg tendon graft, and cadaver tendon graft can all be used successfully for the procedure. This tendon graft is placed in the same location as the normal ligament and fixed to the bone. Over time, the body then transforms the tendon graft into a normal ligament. This process can take over a year. Most pitchers are not able to return to competitive pitching after this procedure for over a year. During this year, pitchers undergo an extensive rehabilitation program. Problems related to surgery, including damage to the nearby ulnar nerve, infection, broken bones, and chronic pain, are infrequent but can occur. Overall, ulnar collateral ligament reconstruction is a very successfully procedure, with over 85% of pitchers able to return to their pre-injury level of play. 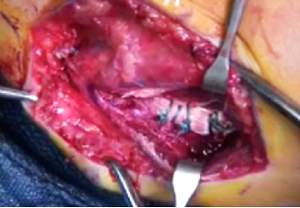 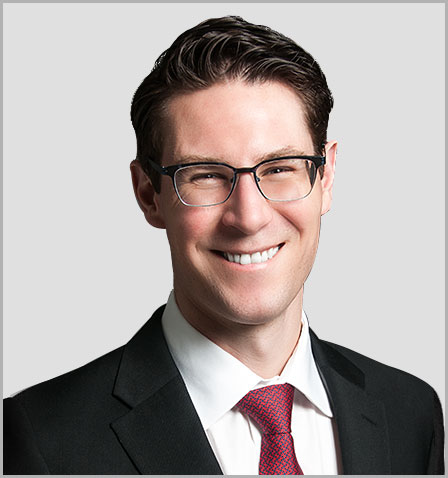 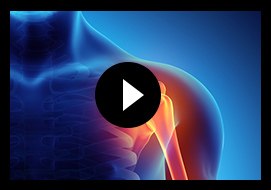 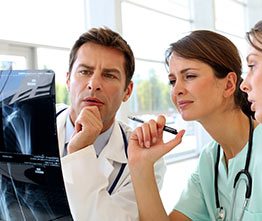